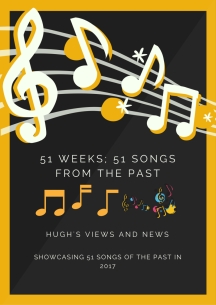 In 1959 when I was I attended an elementary school canteen with my then best friend Nancy.  I remember thinking that I would not have anyone to dance with.  Even at that young age I was beginning to worry about boys and what havoc they would bring to my life.

As I was standing around with girls on one side of the gym and the boys on the other side, a shy cute boy by the name of Michael Carr walked up to me and asked me to dance. I was elated and of course I accepted.

The song they played was Paul Anka’s Put Your Head On My Shoulder.  The dance was magical and the music just perfect for my very first slow dance.  After the dance, Michael said thank you and walked away never to be seen again.   At least that’s what I thought after we moved two weeks later.  However, years later I had moved back to my hometown and attended the local high school.  Guess who was living not far from me and in a couple of my classes.  Michael Carr.

We never talked about that dance years before, I think it’s because it would have ruined my memory somehow if we had.  We never really became friends, but we were school mates and did travel in some of the same circles.

I have loved Paul Anka and this song since that night in 1959 and have never been able to sit still when I hear it.  I hope you enjoy it too.

3 thoughts on “Put Your Head On My Shoulder”

The content found on Cookies & Moo is the property of Wanda M. Williams ©2012 – 2018, unless otherwise stated. Unauthorized use and/or duplication of this material without express and written permission from this site’s author and/or owner is strictly prohibited. Excerpts and links may be used, provided that full and clear credit is given to Wanda M. Williams owner Cookies & Moo.
beautifulpeopleinc.com

Both Fictional and Non