My entry for this week’s challenge. 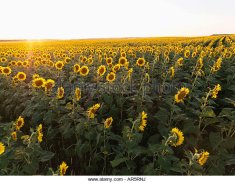 Commentary by Susan Brinkmann, OCDS While most of the world hails the blockbuster movie, Wonder Woman, as a new box-office record for a film directed by a woman, the devoted mother who starred in the movie and who was five months pregnant while filming parts of it is a stark reminder to all of us…

When I was a child I moved in with my grandmother.  She was just like a mom to me.  I actually called her mom.  I lost her in 1977 and I still miss her dearly.

Anyway, my mom had so many antiques.  I grew to love them just as she did.  I learned to take care of them and keep house from her.  Along with her antiques she had beautiful silver tea sets and serving pieces she had gotten as wedding gifts.  It became my job to polish them.  Mom had a trick to keep her silver shining longer.  After we polished the silver she covered it with saran wrap.  That way when she knew she would be entertaining, she just had to remove the plastic wrap.

Mom worked full time so she had developed many short cuts to keeping house.  Don’t misunderstand, her home was immaculate.  She was just imaginative in her tasks.

We lived just down the street from my Aunt Bunny and Uncle Bob and my three cousins. My Aunt was first generation of Polish decent.  Her mother was a tiny strong woman who adopted me as one of her grandchildren and I grew to love her too.  Her grasp of the English language was pretty good, however, there was one time that she had everyone holding their breath by what she said.

I had just had my first child and she had colic.  We were at my Aunt’s home to celebrate my cousin’s birthday.  I was trying to sooth the baby and Babciu took her from my arms and said to me “your no good mother”.  As I said you could have heard a pin drop. Everyone thought that I would take offense especially since I was a brand new mother.  I said to Babciu, show me what to do.  Everyone smiled and finally started to breathe.

It wasn’t too long after that we lost Babciu.  Even though this could have been a disaster, it is one of my favorite memories of the time I got to spend with this amazing woman.  I had lost grandparents, aunts, uncles, cousins when my mother left my dad and me.  I was truly blessed that Babciu was willing to accept me into her life.

I thought I would share this especially since the 2017 Kindness Challenge is going on right now.  I think it’s definitely worth the read.

I thought it was about time that I share some more of the best finds with you! These are some of the things that really resonated with me this week, and a lot of them have to do with who we are — with our identity, with how we see ourselves

via How We See Ourselves, How Others See Us, And How To Embrace Where We Are — Catholic Wife, Catholic Life